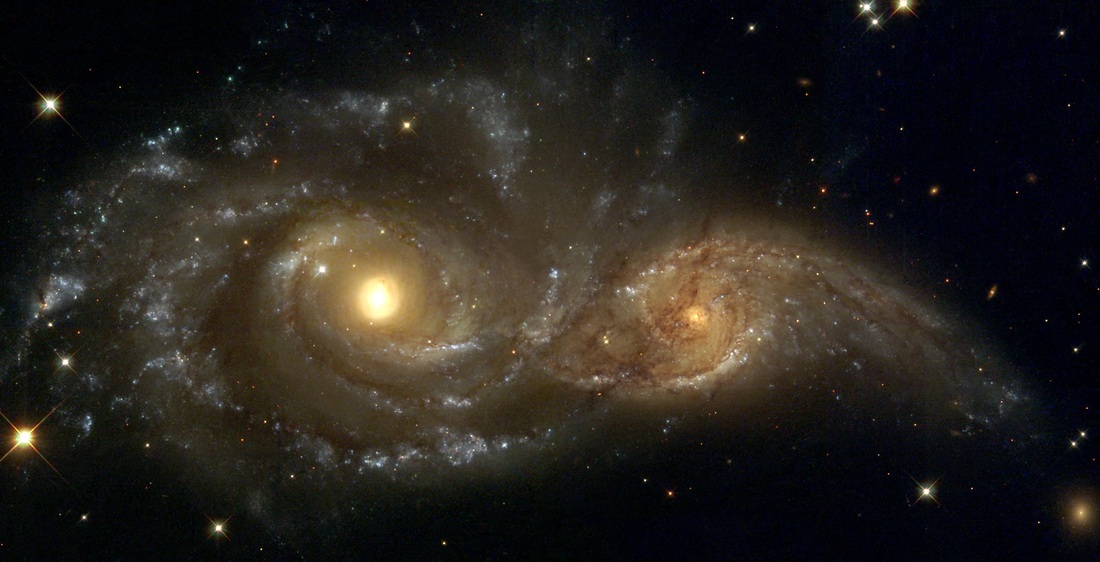 8. Interacting Spiral Galaxies
In the direction of the constellation Canis Major, two spiral galaxies pass by each other like majestic ships in the night. The near-collision has been caught in images taken by NASA's Hubble Space Telescope and its Wide field Planetary Camera
2. The larger and more massive galaxy is cataloged as NGC 2207 and the smaller one on the right is IC 2163. Strong tidal forces from NGC 2207 have distorted the shape of IC 2163, flinging out stars and gas into long streamers stretching out a hundred thousand light-years toward the right-hand edge of the image.  Image NASA 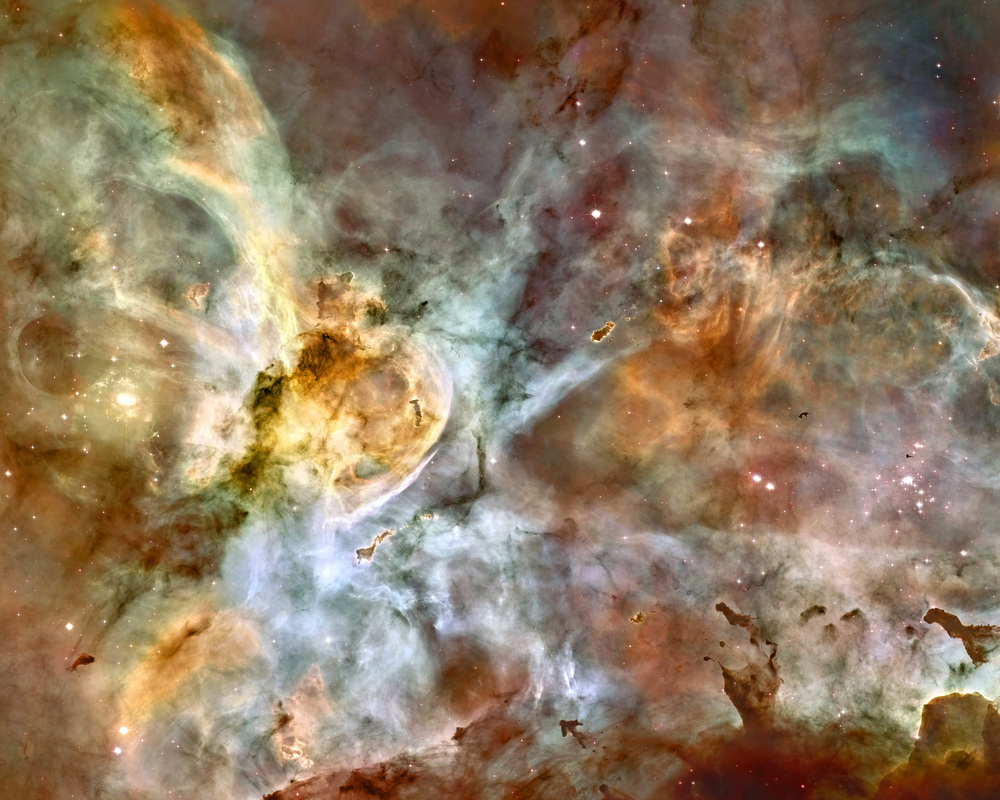 9. Carina Nebula
This image, released for Hubble's 17th anniversary, shows a region of star birth and death in the Carina Nebula. The nebula contains at least a dozen brilliant stars that are 50 to 100 times the mass of our Sun, and the massive, unstable star Eta Carinae.    Image NASA 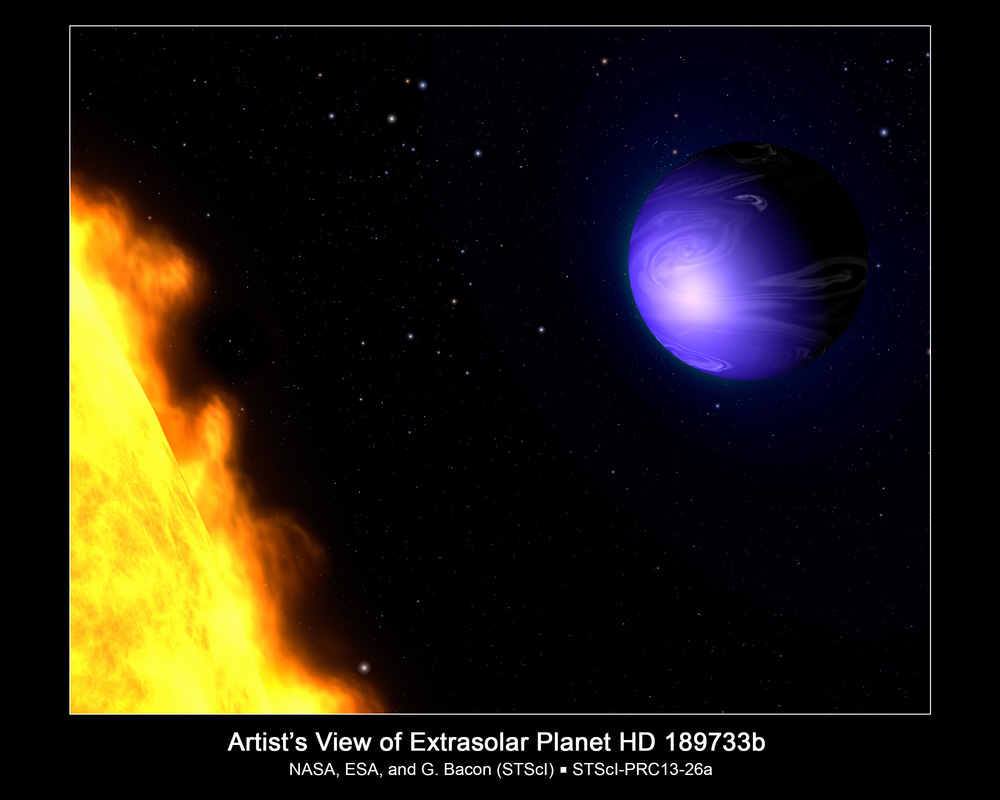 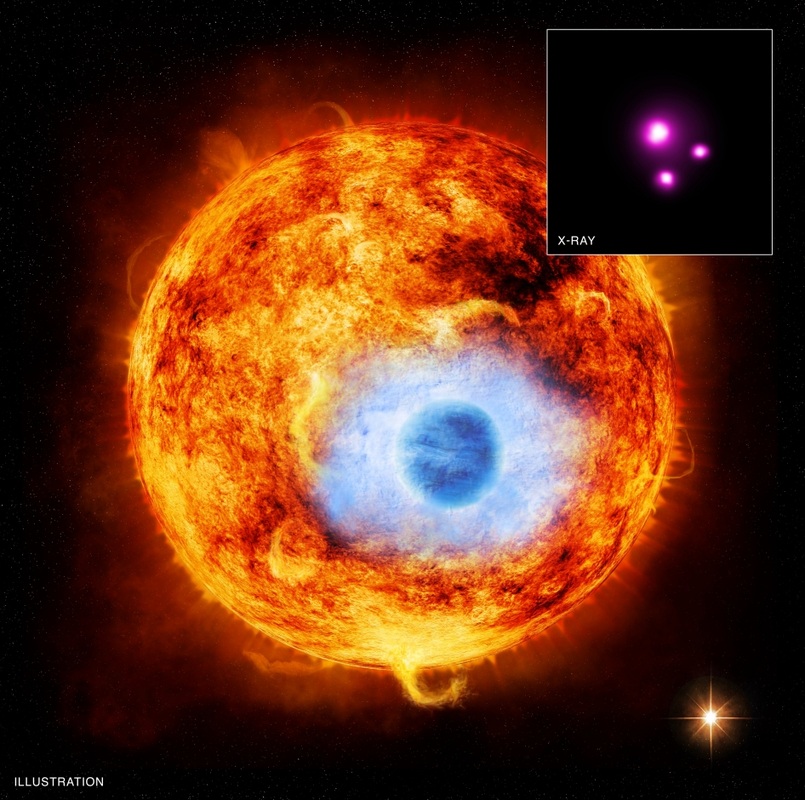 10 & 11. Hot Jupiter - 378 trillion miles from  earth
This artist's concept shows exoplanet HD 189733b orbiting its yellow-orange star, HD 189733. NASA's Hubble Space Telescope measured the actual visible-light  color of the planet, which is deep blue. HD 189733b is among a bizarre class of planets called hot Jupiters, which orbit precariously close to their parent stars. The observations yield new insights into the chemical composition and cloud structure of the entire class.

On this turbulent alien world, the daytime temperature is nearly 2,000 degrees Fahrenheit, and it possibly rains glass
-- sideways -- in howling,  4,500-mph winds. The cobalt blue color comes not from the reflection of a tropical ocean as it does on Earth, but rather a hazy, blow-torched atmosphere  containing high clouds laced with silicate particles. Silicates condensing in the heat could form very small drops of glass that scatter blue light more than red light.   NASA 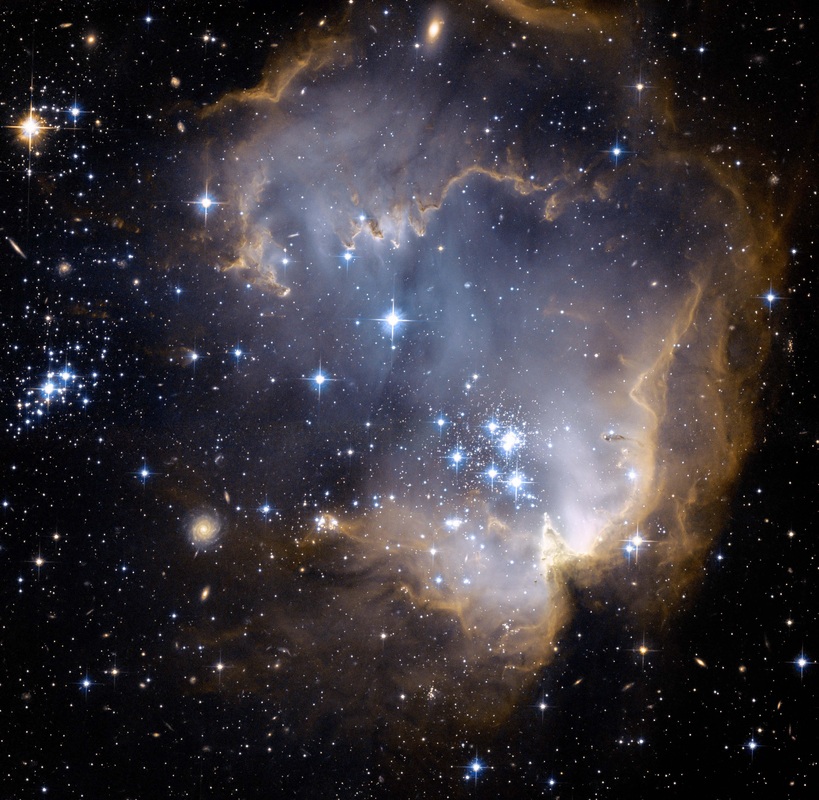 12. Bright Blue Stars
Star cluster NGC 602 is another  star-forming region in the Small Magellanic Cloud. Bright, blue, newly formed
stars are blowing a cavity in this nebula,sculpting the inner edge of its outer portions, slowly eroding it away and eating into the material beyond. The diffuse outer reaches of the nebula prevent the energetic outflows from streaming away from the cluster. Elephant trunk–like dust pillars point toward the hot blue stars and are telltale signs of their eroding effect. Star formation started at the center of the cluster and propagated outward, with the youngest stars still forming today along the dust ridges 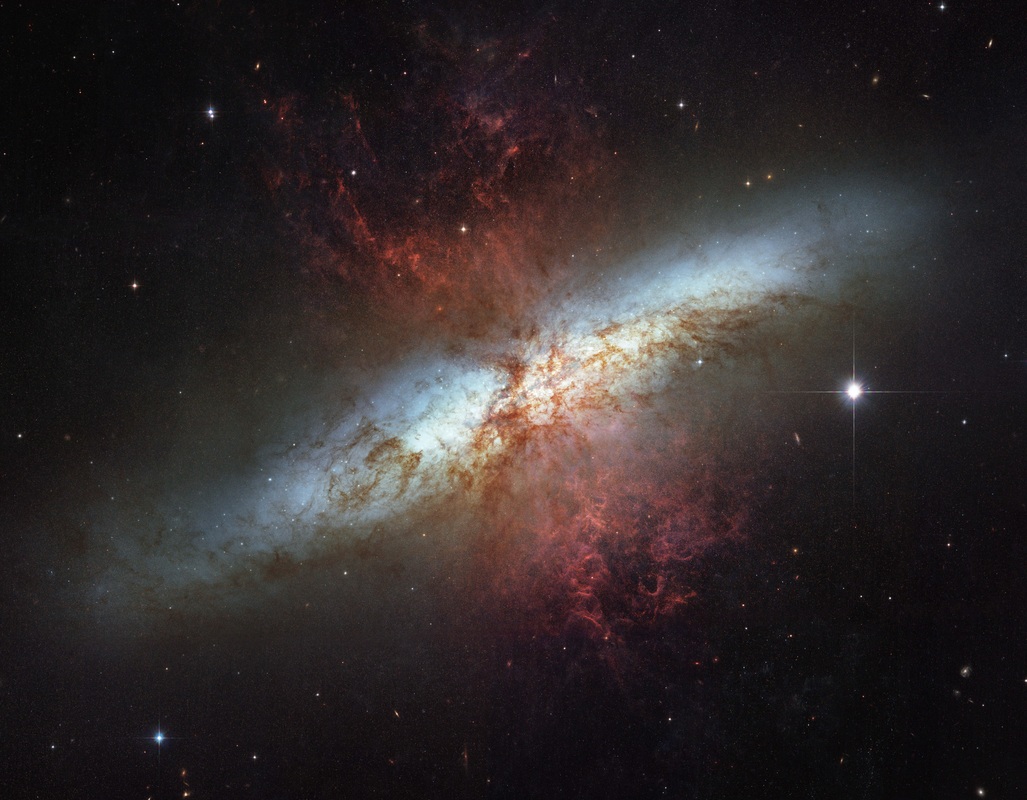 13. Starburst M82
This mosaic image is the sharpest wide-angle view ever obtained of the magnificent starburst galaxy M82. The galaxy is remarkable for its bright blue disk, webs of shredded clouds, and fiery-looking plumes of glowing hydrogen blasting out of its central regions. Throughout the galaxy’s center, young stars are being born ten times faster than they are inside our entire Milky Way galaxy. The young stars are crammed into tiny but massive star clusters, and these, in turn, congregate by the dozens to make the bright patches, or "starburst clumps," in the central parts of M82. The fierce galactic superwind generated by the huge concentration of young stars compresses enough gas to make millions of more stars.